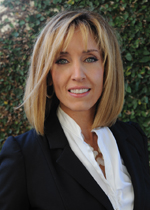 The J.P. Morgan Chase blockchain-based Interbank Information Network (IIN)’s launch of the JPM Coin digital currency has sparked renewed international interest in both cryptocurrency and blockchain1. The company recently announced that 220 banks have signed on to IIN, a major development that will impact payments and other industries in Canada and worldwide2. It positions J.P. Morgan as a major disruptor in the international payments sector and will likely leave other banks scrambling to catch up.

For example, the current method for international payments and other secure transactions involves relying on outdated wire transfers that can take days to clear and finalize. But the JPM Coin blockchain technology offers secure and instantaneous payments with faster and more accurate record-keeping.

Blockchain drivers
The key takeaway from this development has more to do with the platform than the tokenized coin itself. As a long-time champion of the many advantages and applications of blockchain, which is a form of distributed ledger technology or DLT, I believe that JPM Coin will help it finally transition into the mainstream.

As more companies discover blockchain’s usefulness in solving some of the payments industry’s biggest challenges, global blockchain technology revenues are forecasted to climb to over $23.3 billion U.S. dollars by 2023. And more than 60 per cent of its market value is in the financial sector3.

In the retail environment alone, blockchain is expected to impact supply chain management, inventory management, authenticity verification, auto-renewal and subscription services and customer data and loyalty programmes. As a result, a recent analysis of blockchain in retail projected its market value will be 29 times higher in 2023 than 2018—rising from $80 million to more than $2.3 billion—at a compound annual growth rate of 96.4 per cent4. Though only six per cent of businesses are ready to use blockchain for payment initiatives today, survey findings suggest 13 times as many will be on board within the next five years5.

J.P. Morgan initiatives
With JPM Coin’s record-keeping features, J.P. Morgan can make better use of staff and other resources, potentially saving substantial sums of money. No doubt something that will be watched closely by other banks considering blockchain.

In 2015, J.P. Morgan was one of the founding companies of Quorum, the Ethereum-based blockchain that powers JPM Coin. On May 2 of this year Microsoft and J.P. Morgan announced a strategic partnership to accelerate the adoption of enterprise blockchain6. Along with being applied by a number of major companies, Quorum has been tested by companies including Goldman Sachs Asset Management and the National Bank of Canada.

Cryptocurrency triggered major buzz in 2017 when the value of one bitcoin soared from under $1,000 to nearly $20,000. But then the cryptocurrency market as a whole fell by roughly $400 billion7 over 12 months. To circumvent the wild fluctuations of bitcoin and other cryptocurrencies, J.P. Morgan has taken a different approach by assigning its digital coin a constant value equivalent to one U.S. dollar.

J.P. Morgan will be adding new features. This includes the ability for IIN members to rapidly identify and instantly verify whether or not a payment is connected to a valid bank account.

More Canadian moves?
As noted by the National Bank’s testing of Quorum, Canada is moving towards blockchain. And just recently the Bank of Canada successfully completed the first-ever trial currency exchange using interbank DLT technology8. Though it is unclear if there are other longer-term plans for the Bank of Canada regarding blockchain, it is an interesting turn of events that may signal further disruption for the Canada payments ecosystem in the few years.